At the end of the first network school, Dr. Hans Orru, one of the supervisors, summed up what we were collectively thinking. To slightly paraphrase him; “It has been one of the better ones I have been to. There was a really fun atmosphere across the group. It was also great to see that everyone has such relatable projects, so you saw a lot of meaningful and intellectual exchanges with one another…” Perhaps, it is a testament to all involved that such positivity widely resonated after three intense days of presentations, rainy walks, and social gatherings.

It has been one of the better ones I have been to. There was a really fun atmosphere across the group.

The Network School ‘unofficially’ started on Tuesday, the 7th of June, with an evening ‘Welcome’ dinner at a ‘family-style’ vegetarian restaurant called “the Greenhouse”. It was here that most of the ESRs physically met each other for the first time. Any pre-event jitters were quickly replaced by fast-flowing introductions, laughter, and advice on what food to try.

On Wednesday morning, ESRs, supervisors and various stakeholders met at Utrecht’s city council building for a morning filled with engaging and insightful presentations. Prof. Dr. Martin Dijst officially started it all off by welcoming us and explaining the collective effort behind creating the SURREAL project. Councilman, Eelco Eerenberg, then followed with a presentation which illustrated the city’s passion for improving the health of its citizens through urban design improvements. Hearing this speech was important for ESRs and others because it highlighted how scientific research, like ours, can help support public officials, like Eelco, who are determined to improve health standards in a more sustainable way.

After a brief coffee break, Dr. Erik Timmermans gave a key presentation on the exposome concept and the wide variety of ways it has been studied. The exposome consortium aims to systematically sequence the environmental factors influencing our health. A provocative talk on the methodology behind Citizen Design studies, by Imme Ruarus from our network partner De Waag, soon followed. The idea of not having a hypothesis or planned outcome when designing a Citizen Design study sounded a little foreign for many in the audience but perhaps, rather importantly, illustrated the importance of engaging with stakeholders in the SURREAL project.

A visit to the neighbourhood ‘Hoograven’, a neighbourhood in Utrecht South with high levels of social inequalities, was scheduled after the lunch break. We were welcomed in the neighbourhood community centre, where the local municipality gave us a brief presentation of the challenges the neighbourhood faces, the services they provide, and the data they collect. Julie Roelandt, one of the 15 ESRs who is working closely with the municipality, gave us an update on the progress of her project. Julie pinpointed how gender differences and stigmatisation are important issues among the youth in the neighbourhood. Despite the heavy rain, the group was eager to stretch their legs with a walk around the neighbourhood. Equipped with umbrellas, and hoodies for the less fortunate, the group got to hear about the lived experiences of those who are currently working with local residents to improve their lives. This included a sport and exercise facilitator, a community worker and a local youth worker. While each one of them talked about the challenges that come with their job, they all shared their rewarding experiences.

The first day ended with a dinner at ‘De Winkel van Sinkel’, an impressive establishment at the heart of Utrecht’s old town. The division between supervisors and ESRs was not as apparent as on the first evening and you saw a more cohesive group discussing all sorts of topics. It was good to see that everyone started to feel more at ease within the group, setting the tone for the rest of the Network School.

This video gives an impression of Day 1 of the Network School Event.

Thursday - Getting to know our Network Partners

The second day started with a presentation from Prof. Dr. Frank van Lenthe on methodological perspectives in health inequalities research. He took us back to where urban health research started, and talked about the main principles of social epidemiology and its methodology. Jan Willem Huisman from IJsfontein then took to the stage. He enthusiastically explained how his company designs and develops playful (digital) tools for behavioural change, learning and development using a co-creation method. The morning programme ended with a hands-on training on ‘intersectoral co-creation methods and processes’, by Jan Glas from YellowBall.

After lunch, we were introduced to our partner Geogap by Sjors Hoek, a company providing geographical services, which makes innovative geo-applications for their customers. After the presentation, it was time for perhaps the most interactive part of the whole Network School. The ESRs prepared poster presentations on their projects which allowed both professors and other ESR’s to become familiar with each other's work. Connections between projects were formed and useful feedback was provided.

On a more personal level, each ESR was then asked to present something meaningful from where they come from and tell a short story. This filled the afternoon with foods and beverages from Iran (‘Gaz’), India (‘Bakarwadi’ and ‘Soan Papdi’), Cuba (‘Havana Club rum’), Portugal (‘Pastéis de Nata’), Honduras (Coffee), Italy (‘Truffles’), and laughter as we got introduced to some, sometimes quirky, habits of our countries, such as Latvian ‘Dainas’, the Dutch’ direct communication style (as presented by ‘Meneer Mandje’), the colourful Pakistani tradition of ‘Truck Art’, the friendliness of Canadian people and their love for their national symbol (the ‘Maple Leaf’), the all-American sport of basketball, Indian Ayurveda and the healing powers of Turmeric, and a personal reasoning for the importance of owning golden jewellery for Nepali women.

The last item on the programme was a morning workshop organised by Tori Helmer from CRAC, who helped us create a ‘Supervision Charter’. The working relationship between a PhD student and supervisor can be one of the most important factors for successfully completing a PhD, so it is worth expressing your needs and expectations towards each other even before any issues arise. The workshop provided a safe space to discuss each others’ preferred communication styles and hopefully paved the way for clear and open communication between the ESRs and their supervisors.

Time will tell how successful this 1st Network School was but we all know that success will depend on whether the level of enthusiasm generated can be maintained and fostered into greater collaboration and output. The early signs are good but we won’t fully know until the next Network School, to be held in Paris some time between March - June 2023. À bientôt. 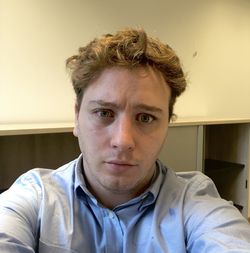 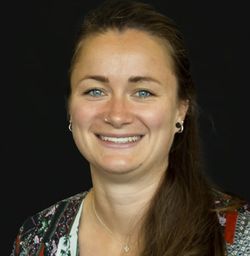 ESR
Previous blog
The challenges and origin of SURREAL - an interview with Prof. Dr. Martin Dijst
Next blog
Coming from a Metropolis in South of Iran to the Grand Duchy of Luxembourg