Policy analysis is becoming an increasingly popular tool in science because it serves to enrich current scientific understandings of everyday problems by helping to understand the context of policy decisions while also providing practical recommendations to policymakers. But doing a policy analysis is not free from challenges. Two SURREAL ESRs are doing policy analysis.

Usha is analyzing documents consisting of several plans and policies, grey literature including scientific literature. She is aiming to find the connection between different sectoral policies such as energy, health, and welfare.

Daina is doing an analysis of urban policies that address the social determinants of mental health. She is reviewing the urban policies of different European cities.

Let's go through their conversation about their experiences in doing the policy analysis.

Usha:  Both of us are doing policy analysis for our Ph.D. projects. I thought it would be interesting to exchange our thoughts and ideas on this topic. We see many discussions about public health issues, and a standard recommendation is to address those issues through public policy. But what is a policy?

Daina: At first, it was difficult for me to understand the boundaries of what constitutes a "policy." Frankly, it depends on who is asking. There is sometimes a narrow interpretation of policy being an intervention implemented "in real life" to improve people's health in public health. Whereas, some political scientists broaden the definition to "something that governments do or do not do," meaning that an absence of a policy is also a policy.

As policy gives us guidelines and tells us what to do in certain situations, I see it as a vehicle for social change. In order to look at the process of policymaking more broadly, I am also reading non-academic literature - the actual policy documents and information on the websites of different organizations. However, I have to say that sometimes I struggle to follow the debate. It seems that academic researchers and policymakers are often not on the same wavelength.

Usha: Also, most scientific articles end up recommending policy actions. It seems that people, in general, have quite a bit of faith in public policy. I have observed that the policies are often formulated after the nation recognizes the issue as worthy of consideration. What I mean by issue is anything affecting society, for example, concerns related to energy, infrastructure, welfare, or health. When I try to recall the policy around smoking, it has come a long way. Smoking ban in public places, higher tobacco taxes, the health warning message in the cigarette packages are policies that helped reduce smoking. These policies came forward because there was considerable evidence showing the effects of smoking on people's health. Some examples are lung cancer, stroke, heart diseases, asthma, reduced fertility, and not limited to these. So, it seems the foundation for policymaking is the evidence from science or the evidence that collects what practices are out there. But one of the big questions is, how do we know if the policies are made based on scientific recommendations? It would be interesting to hear your reflections.

What is the role of evidence in policymaking?

Daina: The case with smoking policies is such a good example, of how concerted policy actions can achieve a significant change. When it comes to public health research, I have also observed the tendency you described – almost every article ends with a "policy recommendation." It seems that there are hundreds of important issues that need to be addressed by policymakers at any given time. It is interesting to consider what gets prioritized, and what gets brushed under the carpet…

I definitely think academic research in public policy is essential to build on our previous knowledge to understand better what works, how and under what circumstances and for whom. However, I am personally quite skeptical of the concept of "evidence-based policy," especially when it is used in its most extreme sense, accepting only randomized controlled trials as the "gold standard" evidence. For most policy-relevant issues, it is impossible to do an RCT. Also, many of the policies are context-dependent – what works in one country would not work the same way in another country due to a different historical context, values, or economic capacity. Policymaking does not exist in a vacuum, it is embedded in the political context, and there is no universal magic bullet policy that is going to change everything. Therefore, I think we need to apply a range of mixed research methods for policy analysis.

What are your thoughts on the relationship between academic research and policymaking?

Usha: I agree with you. Health policymaking quite often follows the linear and rationalist model. However, in reality, political, social, and historical context always influences the policymaking process.

And policymaking is also influenced by the actors, their background, and networks. Who is sitting at the table to make the policy? Medical personnel, public health personnel, social scientist, industrialists, or politicians? Literature shows that medical personnel dominated public health policymaking for quite a long time. And this is still the reality in many countries. But public health is quite broad and often involves the social aspects and not only the medical care requiring a broad set of actors. These are probably a few reasons that there are other dimensions of policymaking besides the evidence-based policymaking approach.

While I was in Nepal, I still remember that one of my jobs was to lobby for more funding from the municipality for specific stigmatized health issues. So, you see, in addition to the evidence, sometimes it also requires advocacy and lobby. And whoever has power, agency, or resources to lobby, gets to set the policy agenda. For example, implementing an anti-tobacco policy was not easy; tobacco industries tried a lot to lobby against policies that were unfavorable to their own interests. But in the end, the global scale anti-smoking advocacy is working.

But the thing is, how do we know if the policies are working at all?

Sometimes, whoever has power, agency, or resources to lobby, gets to set the policy agenda contrary to the existing evidence

Read the next part of this conversation 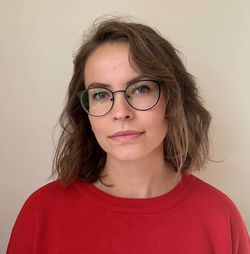 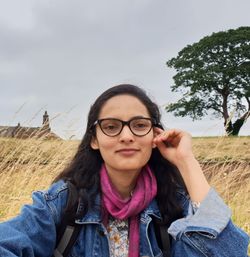